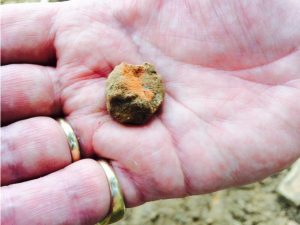 Whilst we continue to explore our trenches in the walled garden a lot of our attention has been on the area known as the Killing ground, a small area outside the south wall that stood the brunt of the French attack. Several trenches have been opened here and after removing about 6 inches of the topsoil and metal detected the exposed surface we found a fresh layer of musket balls. This pattern of ammunition represents the fighting that took place in the Killing ground and is helping us to really piece together exactly what happened here and the intensity of the gun fire.

On the far side of the 30 yard open stretch where the wood used to be we have a major find. Lines of Brown Bess musket balls which were shot through the loop holes and from the firing platforms. Closer to the wall, however, are French musket balls. One of which still has brick dust embedded in it meaning it bounced off the wall with such a force.  This is archaeology at its best as you can imagine the shots and retaliation on both sides simply by looking at the pattern of where the balls landed. It doesn’t get much better than this!

More on Monday’s ‘find of the day’ — the canister or canon fire. This is a big find as there is only one mention of a cannon in the battle for the farm — a French howitzer — was it forced to fire canister to repeal a hard‐fought British attack? Lt.Col Saltoun, from 3rd guards, describes such an attempt to take the cannon that was repelled. Hopefully we can give more information as we look to find the scatter pattern of the shot and pinpoint where it was fired from.

Some of the other trenches that we opened based on the Geophysics survey have proved to be a little disappointing being nothing more than soil marks and natural geological features.  But this goes to show that you cannot place reliance on geophys survey results without ground truthing and doing the actual digging.

Finally, a massive shout out to our team of diggers who consist mainly of wounded injured or sick veterans. They are doing a brilliant job and for some of them this has been a chance to get a routine again after spending time at home with not much to do. For others, this is the start of a potentially new career in archaeology. As each day passes here at Waterloo the comradeship is building and the smiles on people’s faces say it all. It’s a team effort and we have a great team!

Dominique Bosquet, from SPW and Lead Archaeologist for Waterloo Uncovered said: “The team is working perfectly. Such a number of people is not easy to organise. A real mix of people. Some with archaeological experience and some without. But all with a lot to learn from each other. Sharing skills, sharing stories and experiences. It’s a perfect exchange” 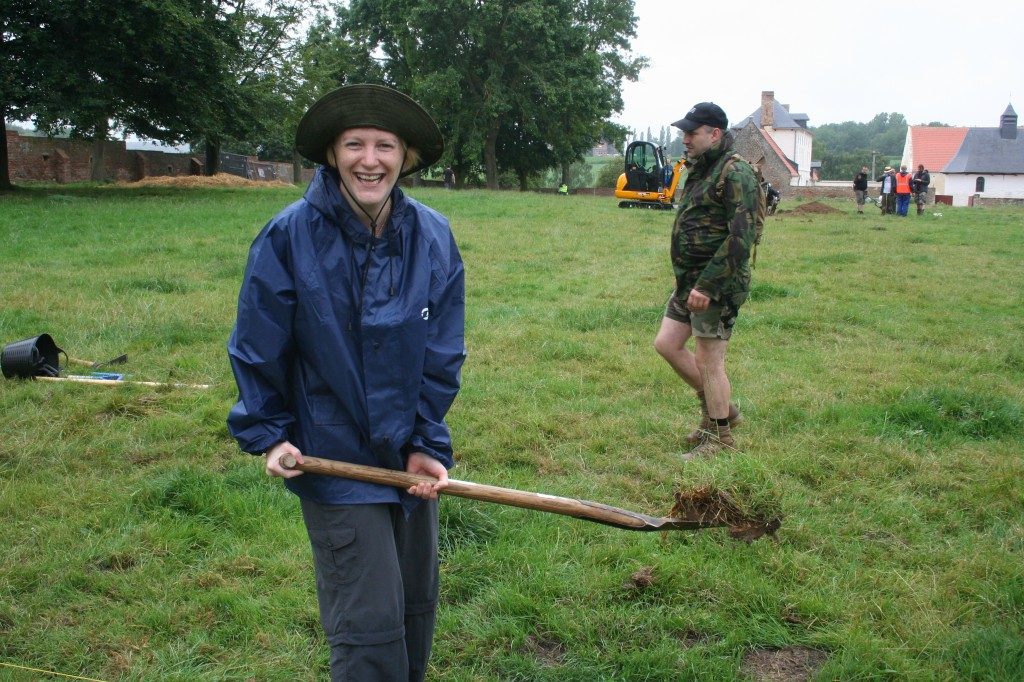