Today the final trenches were opened. They were in the east end of the killing zone and ran from the base of the garden wall to the fence which marks the southern edge of the narrow strip, which the French had to cross in their attack on the wall. The purpose for these trenches was to allow metal detecting which would hopefully shed more light on the nature of the attack across the southern front of the farm.

The first trench which was furthest to the east and sited on the corner of the wall produced a large number of French and British musket balls.

The second trench which was further to the west by a few meters produced a much smaller number of musket balls. This confirm that the eastern side of the walled garden and the corner to the west was subject to heavy French assault, probably due to a gap in the hedge which allowed the French to pour in and which we investigated last year, while an assault on the corner would also limit the effect of flanking fire from the defenders. Overall, it is now clear that there are places along a killing zone which were witnessed to heavy French attack, marked by large number of musket balls, while other places did not suffer sustained assault.

As with the attack on the corner, the areas of heavy attack probably coincide with gaps in the hedge on the edge of the killing zone which either pre‐existed or was cut to allow a passage of men. 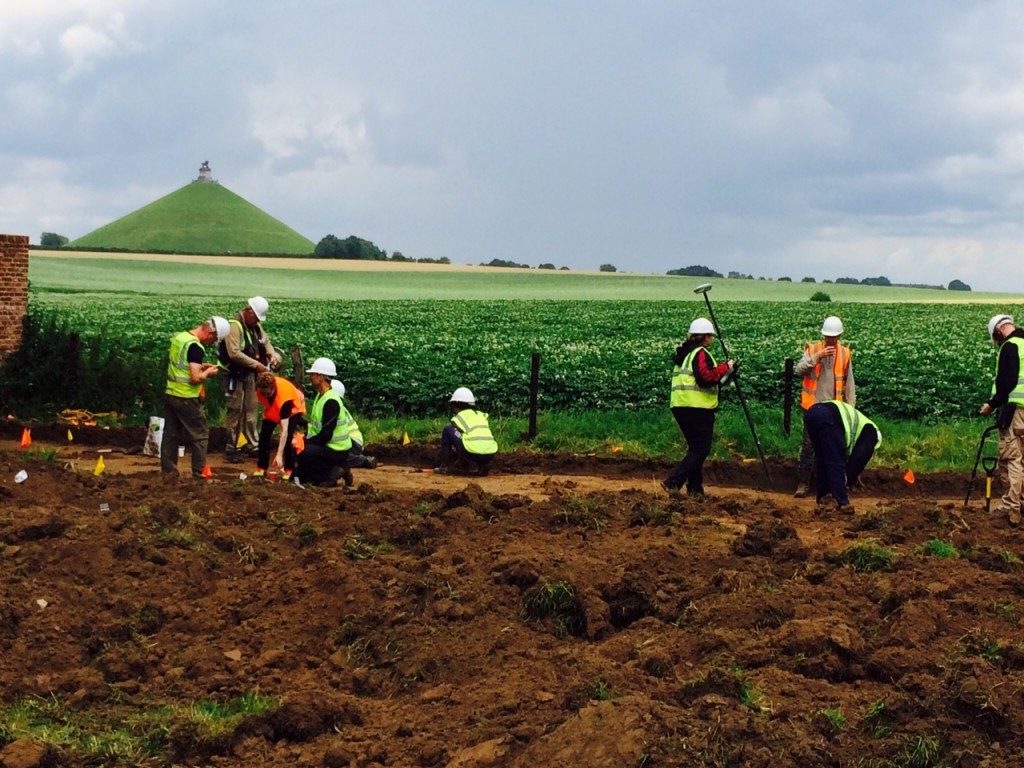