“Yesterday, I felt a bit like Napoleon,” said Tony Pollard with a smile. The reason was because the battle in 1815 didn’t start off until later in the day, due to heavy rainfall the previous night. Napoleon had to wait for the mud to dry so he could manoeuvre his artillery. Yesterday Tony struggled with the same issue, unable to move the heavy mechanical digger before the ground dried. But this morning we were ready to move! 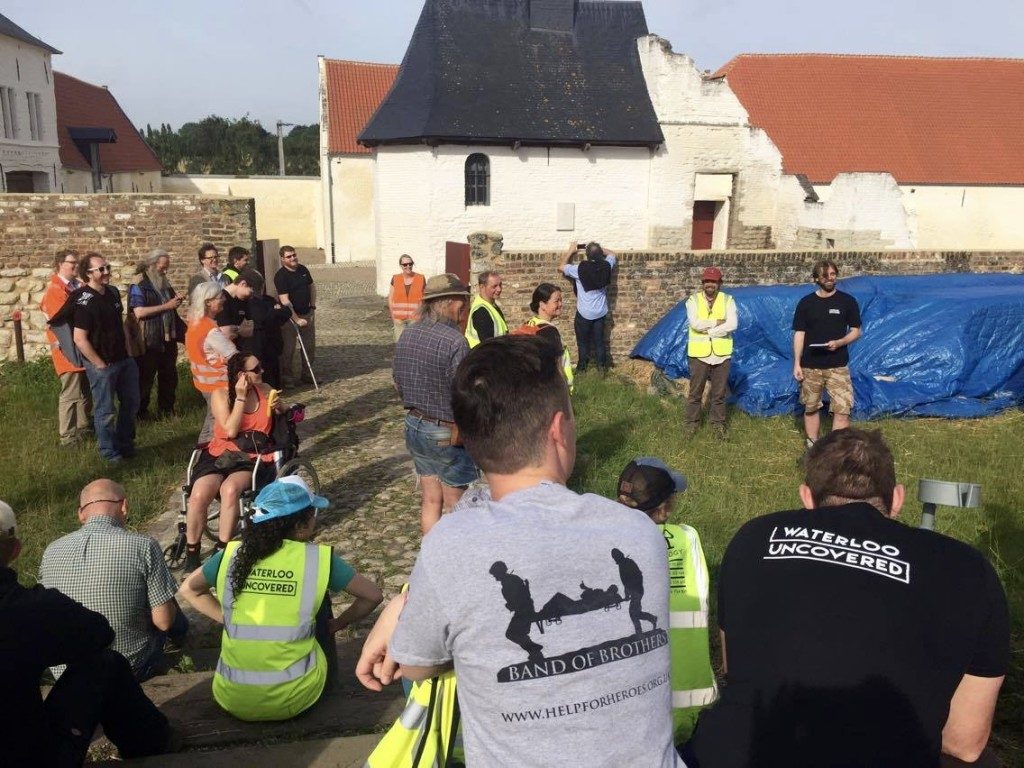 Interestingly, our main findings revolved around walls! Even though there is no record of a wall in the killing zone, we discovered one running along the boundary between the open ground and the wood to the south (now long gone). Inside the courtyard we found the remains of a wall from one of the buildings destroyed during the battle. There is a drainage channel running from the wall into the old courtyard but this needs further investigation. It’s great that the team managed to find all that in one trench! Tomorrow we also hope to find a corner of the wall to see if there were any rooms inside. 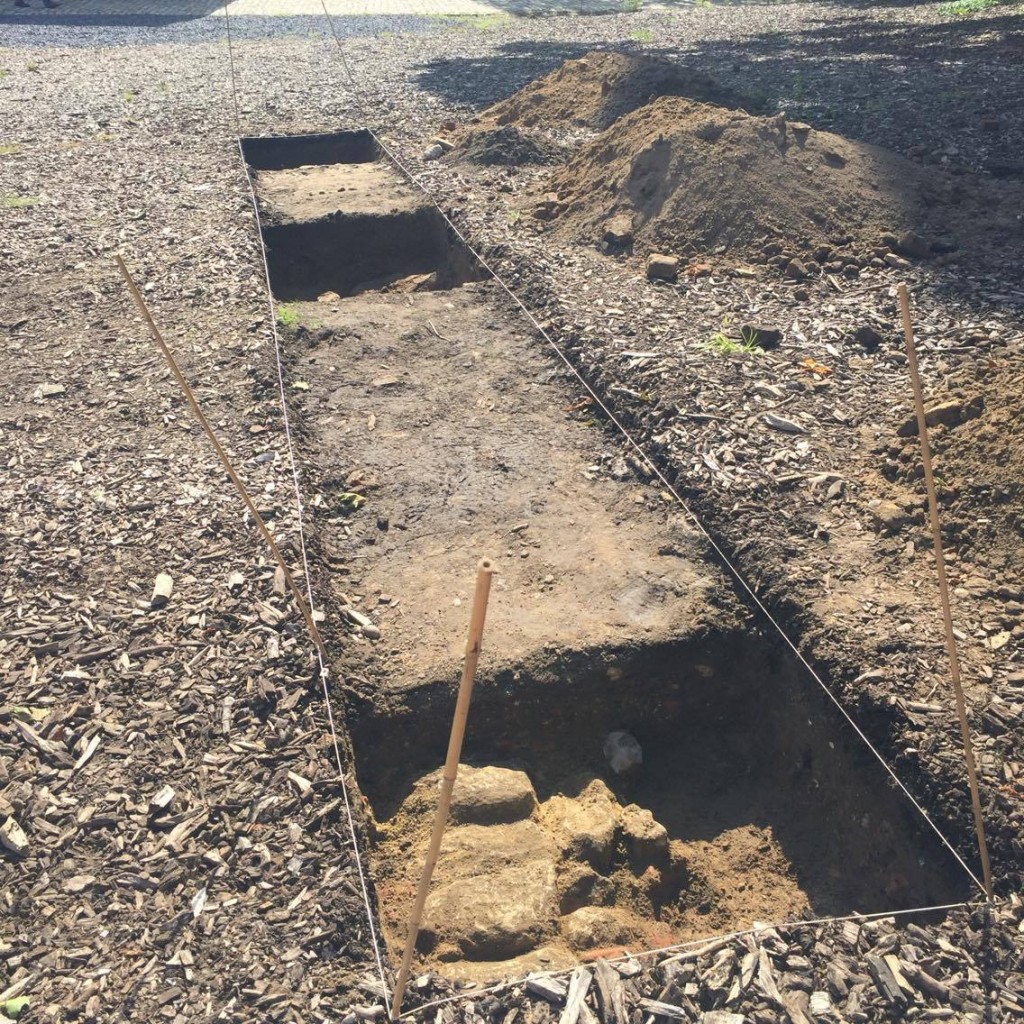 The wall that was found inside the courtyard

Our visitors today were also very impressed and excited by our archaeological findings. We had Belgian, French and Dutch people who came to check out what we were up to. We invited them into the finds room to have a peak at some of the things we have excavated. Midge, a Northern Ireland veteran, made the day of one of the little boys when he let him hold a musket ball. The boy wore the happiest expression ever and as his grin got wider, everyone around him just started to smile. It was good to see a fascinated kid come by and even better to have our team pass on their enthusiasm.