Today we had a surprise visit from the Duke of Wellington! He first visited to Hougoumont was with his grandfather 58 years ago, and ever since then he has been passionate about the battlefield his ancestor fought on. Our famous visitor was shown around the site, and even appeared in a live feed to a school in Kent, where Charlie Foinette was giving a presentation on the project. There was much to see, as our work reached the end of the first week. 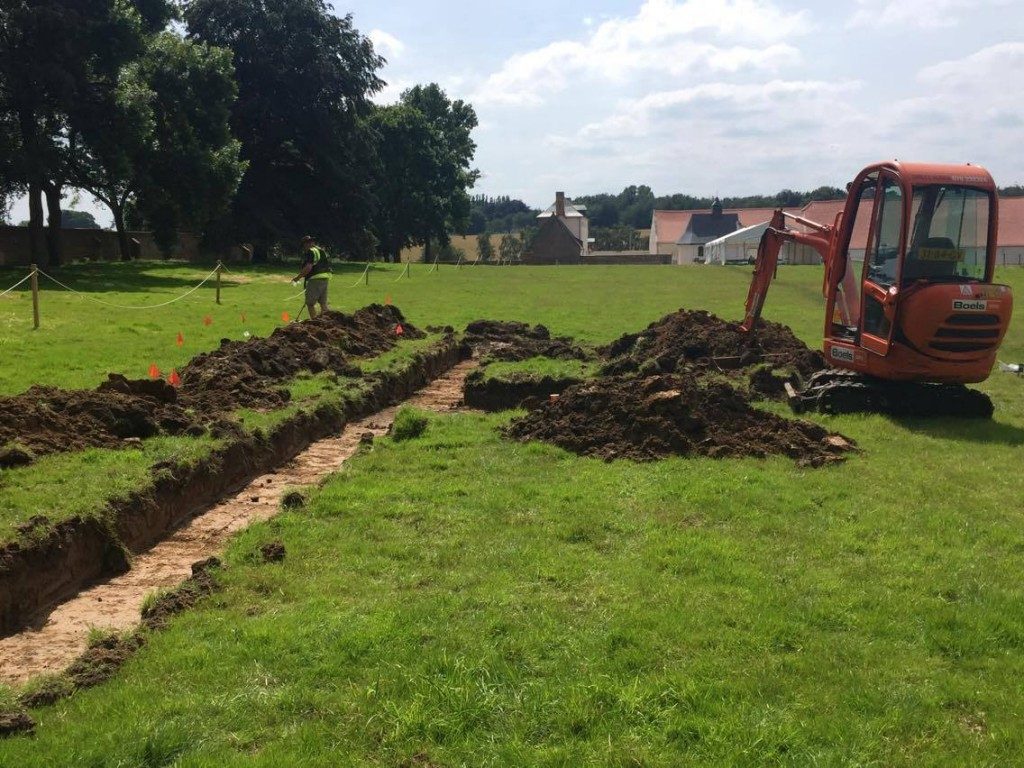 In the garden, Sean and Midge found a rubbish pit full of period wine bottles, but alas it turned out that turned out to be reenactment. The pit underneath it is has yet to be excavated and we are confident that it is original. Phil’s team opened up another trench in the courtyard and are hopeful that this will expose the building that stood against the north wall.

Meanwhile, Hilde, a UCR alumni, has been reconstructing a 3D model of the building in order to get a clear impression of how the buildings aided the farm’s defence. 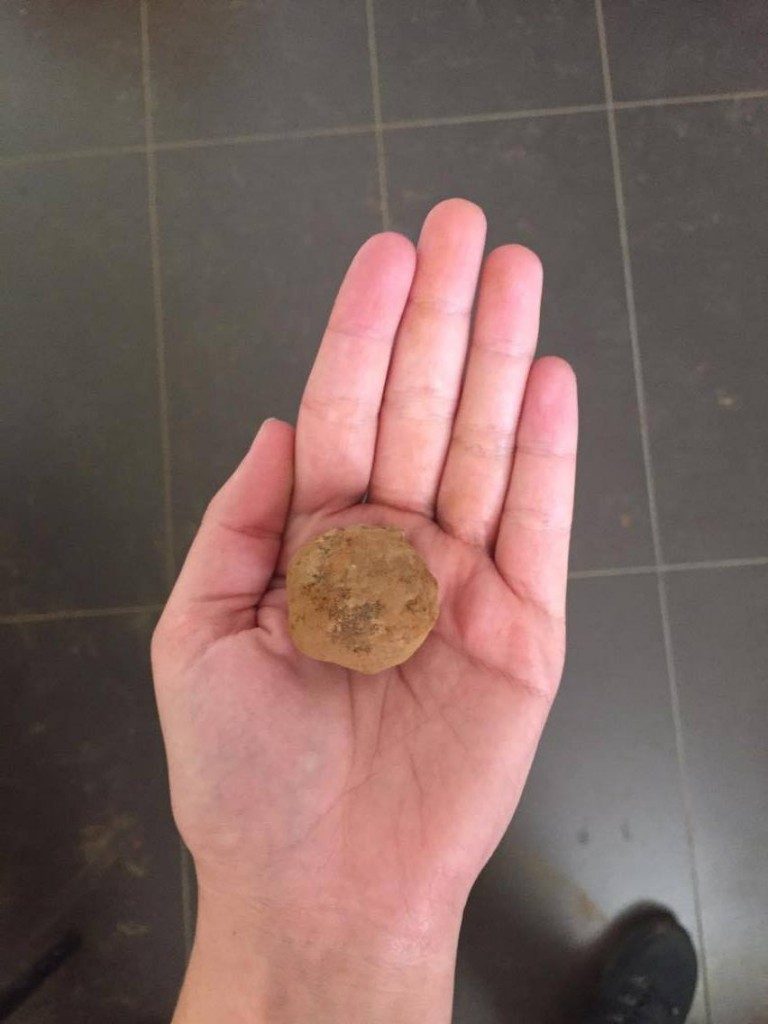 Hans, Our Danish metal detectorist and air force veteran, found an iron grape shot ball in the killing ground, just at the base of the wall. When asked about his discovery he said, “finding a musket ball is great, but to find a grape is just absolutely fantastic!”

Sam and Sat’s team are busy recording all the archeology found in the killing zone and in both of their trenches have fund the bottom of the wall foundation.  We can now see that the wall on top is for the most part a reconstruction. Freddie, a serving soldier, is part of the team working in this zone and was amazed by how much we can recover from the earth. He said he was very much impressed by his supervisor’s expert knowledge and had learned a great deal about archeology in just 5 days’ time. 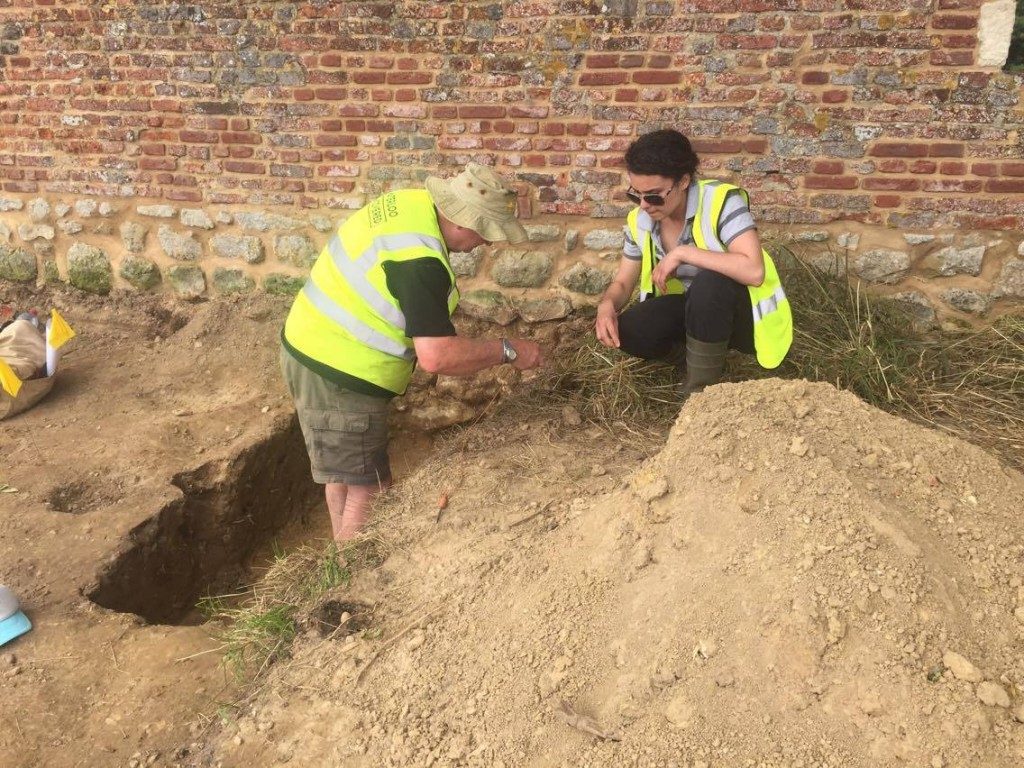 The Waterloo Uncovered team of 2016 is doing an amazing job and judging from the smiling faces and the excellent archeology it looks as though the team has another great week ahead.