Aerial images, using the latest laser detection technology have been released by Belgian archaeologists that reveal hidden features from the battlefield site.

The high definition images taken from the air using LIDAR, a technology used to make computer terrain models and high definition maps shows just how much the landscape has changed since the battle was fought two hundred years ago. 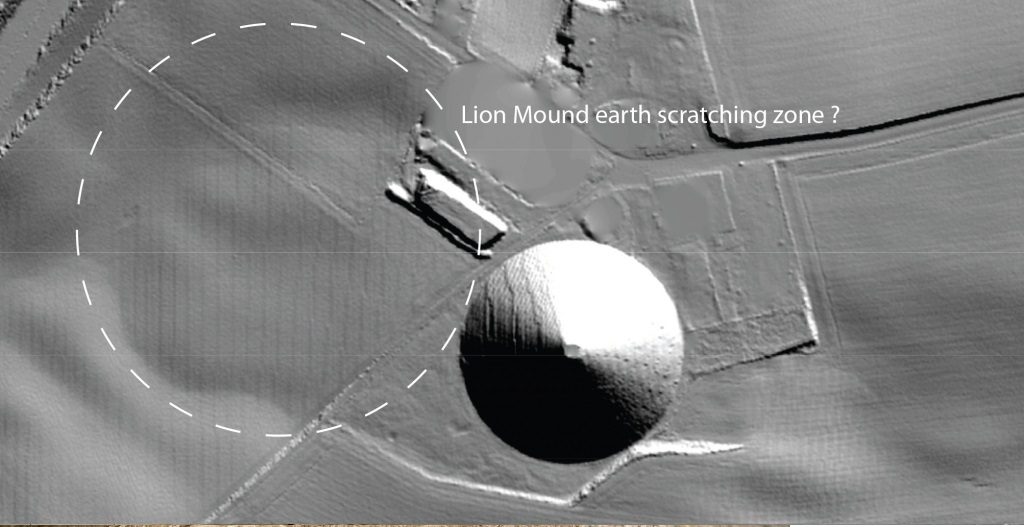 The images appear to confirm the existence and precise location of features, long invisible on the ground (and the subject of speculation by historians) which influenced the outcome of key areas of the battle around the Chateau and farm of Hougoumont.

Château d’Hougoumont is a large farmhouse situated at the bottom of an escarpment near Waterloo, Belgium. The escarpment is where British and other allied forces faced Napoleon’s Army at the Battle of Waterloo on June 18, 1815.

The results of a LIDAR scan of Wallonia, published yesterday, show the likely locations of a number of important features associated with the battle. From the images we can clearly see the precise locations and layout of the parterre gardens within Hougoumont and also a ditch and pathways in the area of the orchard that are talked about in first‐hand accounts of the battle.

We are looking forward to working with our colleagues from Waterloo Uncovered project, when we start to explore some of these features in detail in April.

One image of the area next to the Lion Mound shows a large crater created when huge amounts of earth were removed from the ridge to create the monument. Waterloo Uncovered, a unique collaboration of international experts in battlefield archaeology and British army veterans, will commence exploration at Waterloo when the project starts in April 2015. 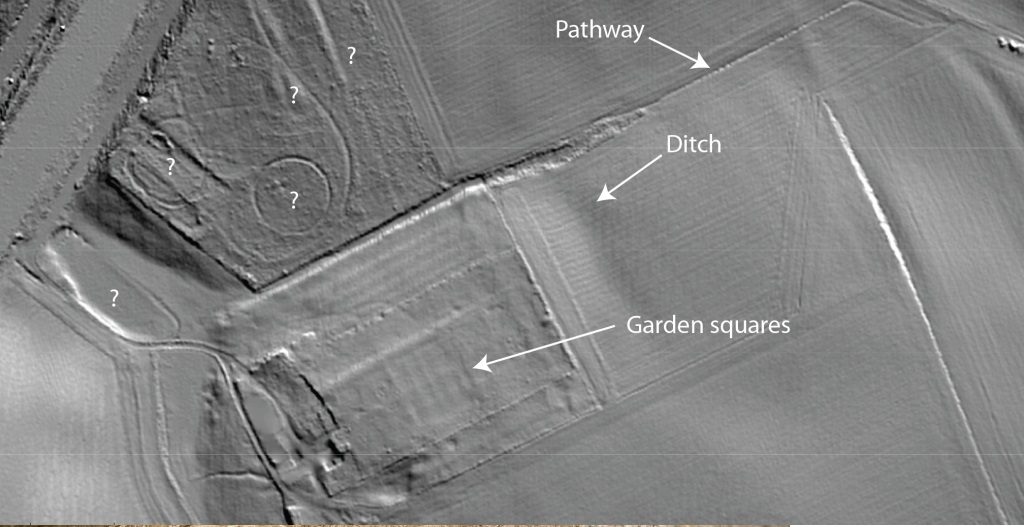 Area around Hougoumont and the outline of the formal gardens.

Dr Tony Pollard, Director of the Centre for Battlefield Archaeology at the University of Glasgow, who will be leading the project said:

These images are truly remarkable and we are delighted that our Belgian colleagues have made such progress in establishing the original state of so many of the features of the 1815 battlefield.

We look forward to working with them on site in April and analysing what impact they may have had on the outcome of the great battle, or indeed which of them were created by the battle and its aftermath.