We’re moving towards the end of our second week at Hougoumont Farm and the time just seems to fly by. Before we know it, it will soon be time to head home, but before then there’s still a lot of archaeology to do.

We’re enjoying some great debates on our Facebook page and thank you to everyone who has contributed. Every contribution is useful and adds to our and the public knowledge so please keep your thoughts coming. 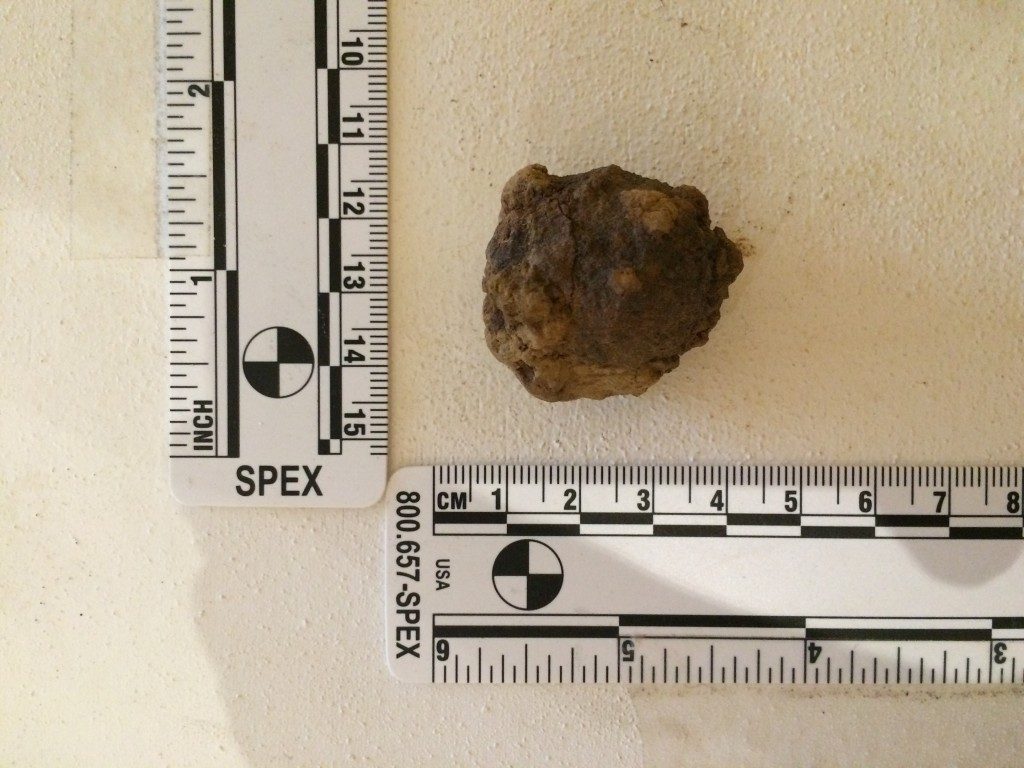 One of the more hotly debated topics has been about artillery so let’s see what you all make of this find. A piece of grape shot found in the Great Orchard. So called, because it consists of a cluster of balls that resemble a bunch of grapes which split up when fired. We hope to gather more information in due course but we would love people’s thoughts on this discovery.

Yes! We have found the mettled, cobbled surface of the sunken way and it was exactly where we thought it would be. Don’t you just love it when a plan comes together?  This pathway was used by English troops to supply ammunition to the farm. It was a metre deeper than the existing feature owing to recent landscaping but James’ perseverance paid off and here is the path which would have seen much footfall during the battle. 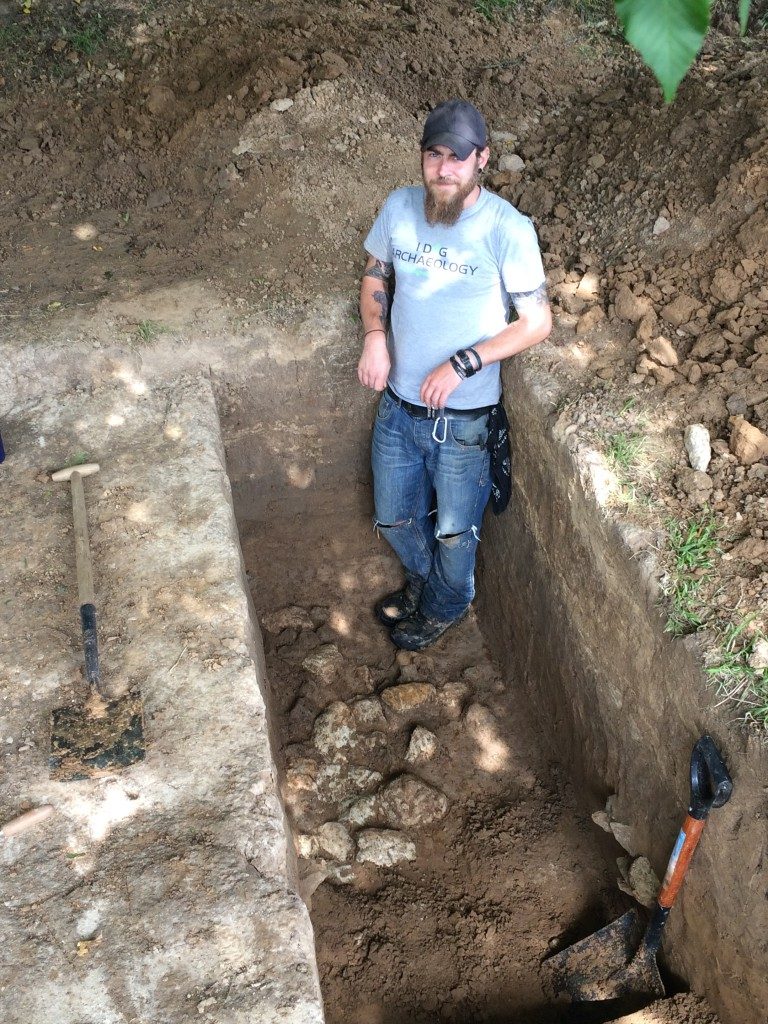 James shows off the pathway

We have been fortunate to have met over 500 locals and tourists in the two weeks we’ve been here, all of whom have taken a great interest in the excavations and we’ve been only too happy to talk to everyone about the project.  We were delighted to meet the local Cubs and Scouts yesterday who asked a great many questions which our serving soldiers, veterans and archaeologists took pleasure in answering. With such an international team of French, Dutch and English speakers we have been able to engage with everyone who has passed by. 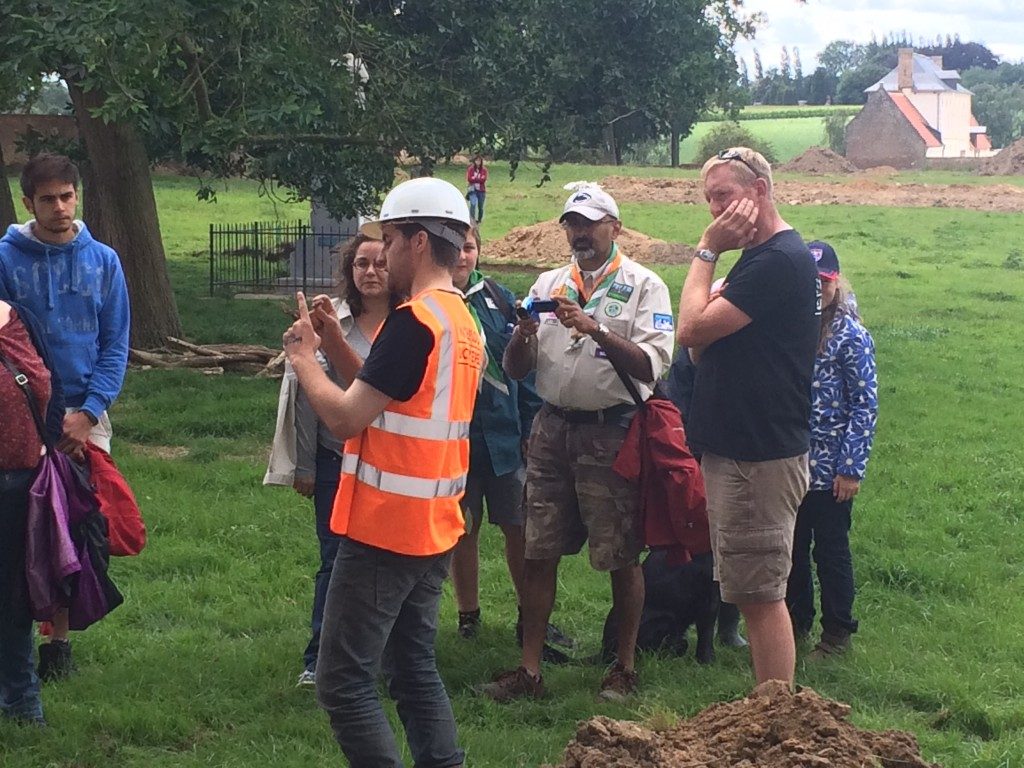 We also welcomed French, Dutch and British press to the site and were able to share with them our findings.  Several news bulletins and articles have been broadcast and we’ll share these on social media as they come through.