David Ulke, an ex‐RAF nursing officer, is one of the team excavating trench 45 in the courtyard under the supervision of Phil Harding. The survival of the building remains in this trench is much better than expected considering that these were damaged and destroyed in the battle itself. By the end of the day a well‐made drainage culvert, which ran under the building had been cleaned and was ready for recording. Talking about his experience at WU, David said, “Money can’t buy this unique experience. It’s just a privilege to be here.’’ 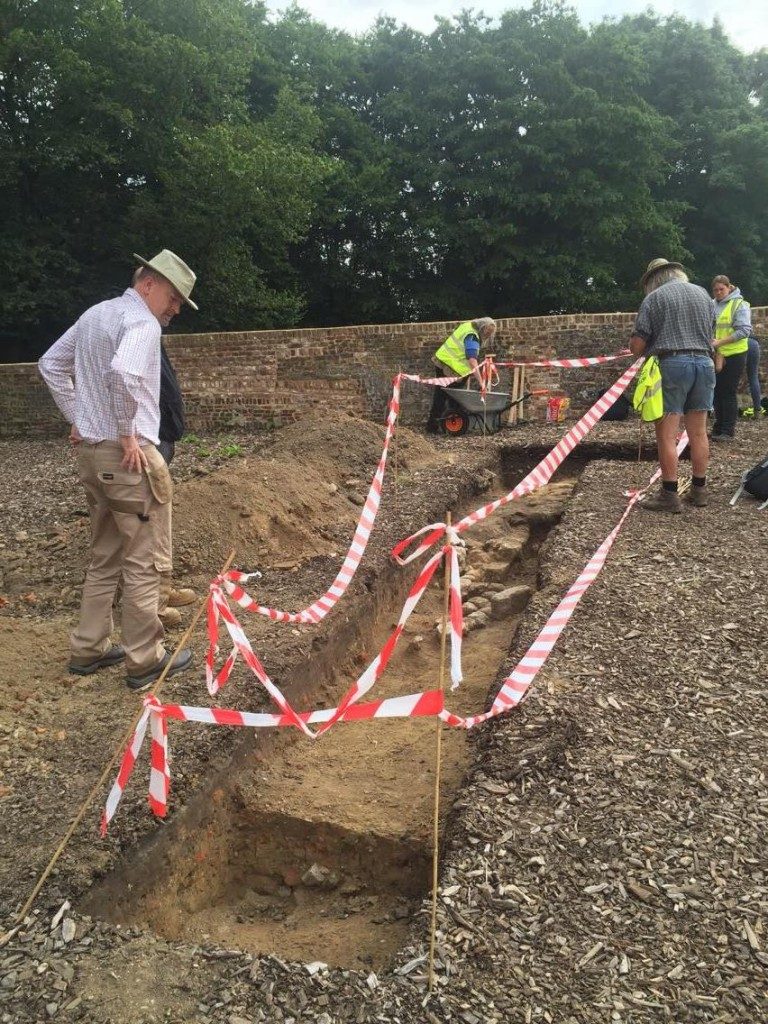 After further excavation of the ground in the walled garden, Gary and his machine have found a feature rich in charcoal, which first looked like a linear garden feature (like a flower bed), but on cleaning took on the appearance of a semi‐rectangular pit. We will know more tomorrow when excavation begins. 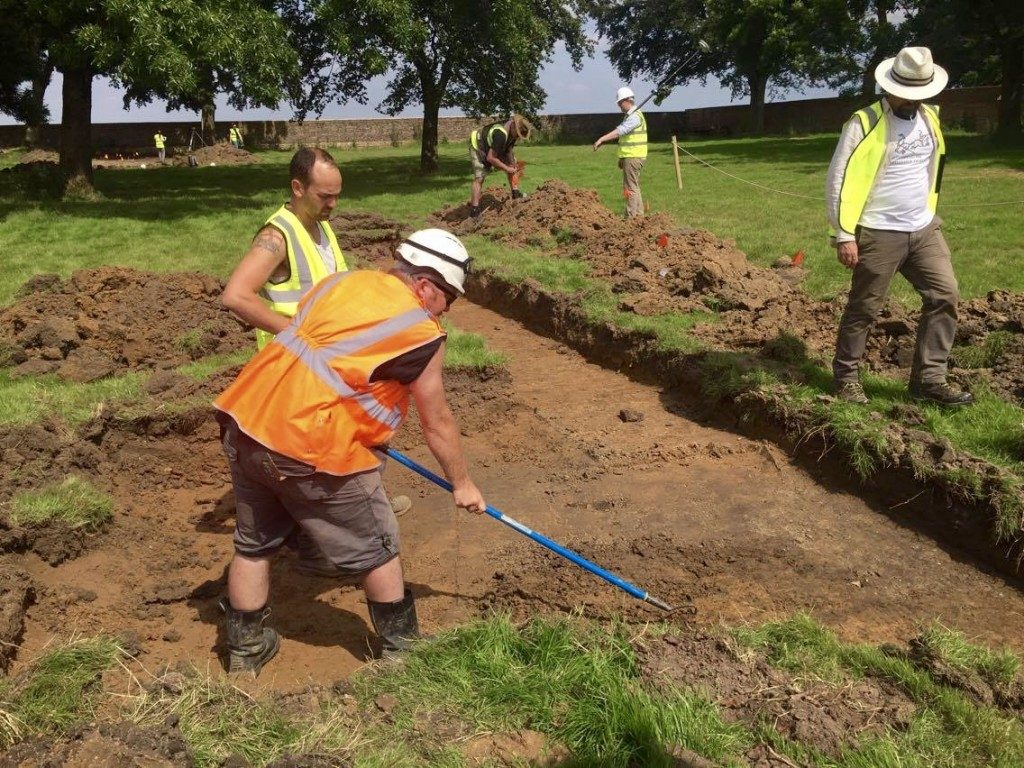 Excavating the ground in the walled garden

The girls from Imperial College London have also been doing an amazing job putting together the “reading to remember” sponsored event. Everyone at the site engaged with the accounts of the battle in 1815 by reading them aloud in the chapel, for 11 hours straight. It was a very fitting way to honor those who fought the battle and to reflect upon what had happened at the site where we stand today. Tony added that, “It just means so much to be in this place with their words in your mouth”. 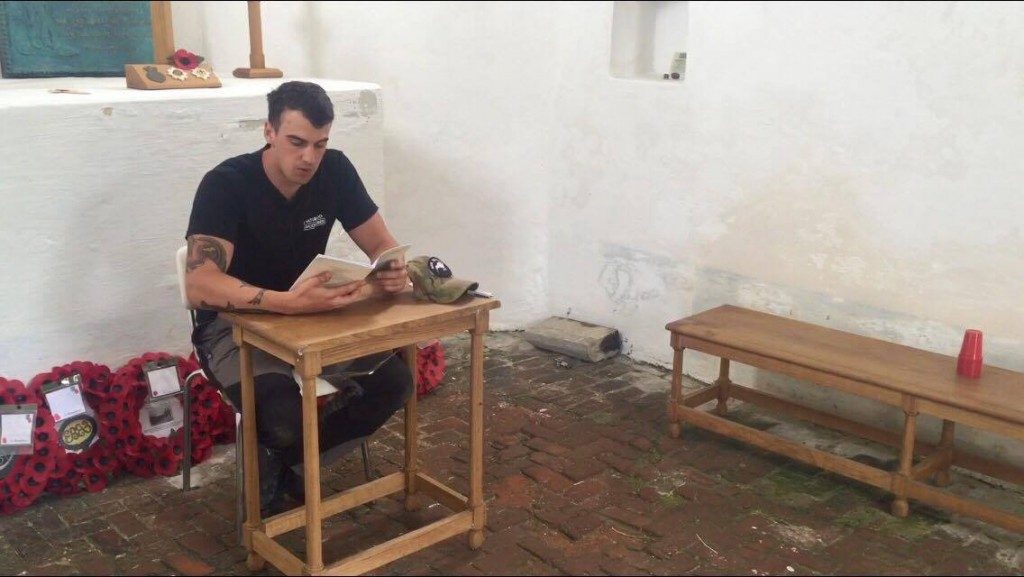 Reading in the chapel at Hougoumont