We’re now at the half way mark and our teams have done exceptionally well. Everyone’s put in a lot of work and all of the trenches have offered up interesting archaeology. Before we left site for the weekend we had a trench tour so that everyone got to see what all the other teams have been up to (the site is difficult to get around thanks to the walls that made life so difficult for the French in 1815 so casual trench visits aren’t always possible).

Phil and his team were delighted to discover that the lower courses of the front wall of the stable‐block had survived, and not too far under the surface. The culvert running through the building would have collected water from the roof and fed it into a sump outside, from where we presume it flowed into the pond. An alternative explanation is that it was used to drain excess water and waste from the floor of the stable, but as it was closed by slabs like a roof this seems less likely. This building would have played an integral part in the in driving out the French as it overlooks the gate inside the courtyard and would have provided a high vantage point for marksmen. 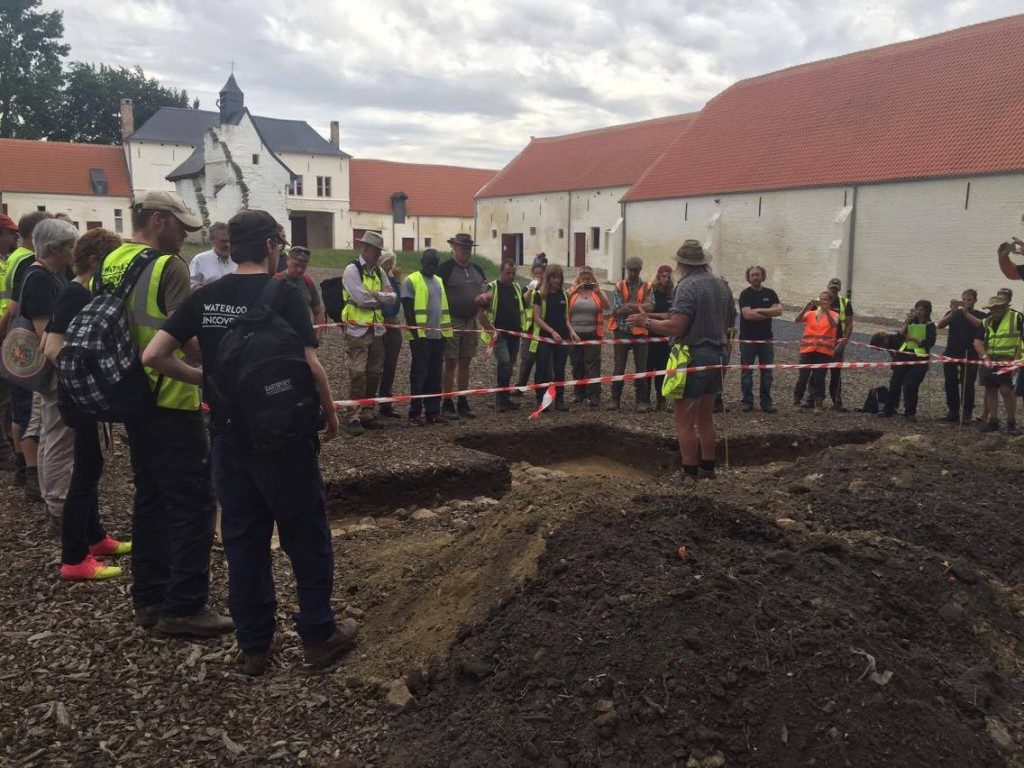 Emily’s team has been excavating the sunken way, which provided covered access to the north gate. They spent lots of time cleaning up the trench and dug down a good three metres. They found a few pieces of pottery, iron and wire. The aim is to find out at what level the battle occurred. There is more work to do here. Tony added that Emily’s sections are the best on site. 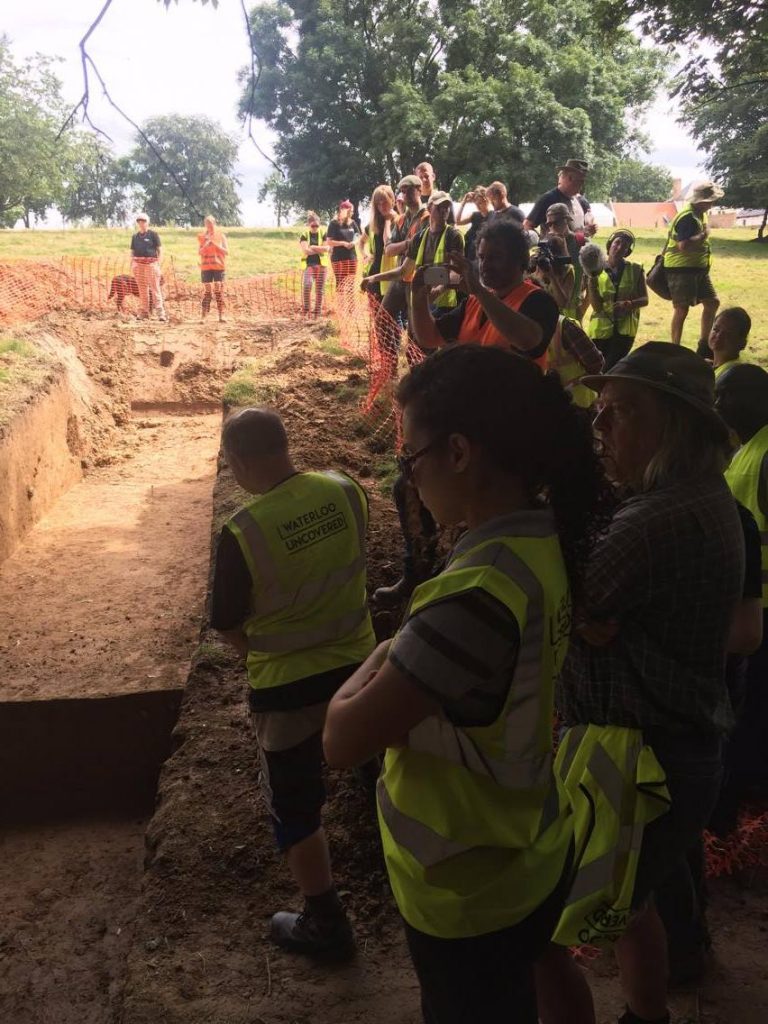 Sean and Midge have been working on a trench in the garden, looking at what might be an 18th century garden feature – or is it something else? They’ve been exposing areas for metal detecting and found a well defined area of dark soil with a lot of charcoal. Surprisingly, some French musket balls have been found in the garden as well but how did they got there. Both of these questions will be further investigated next week. 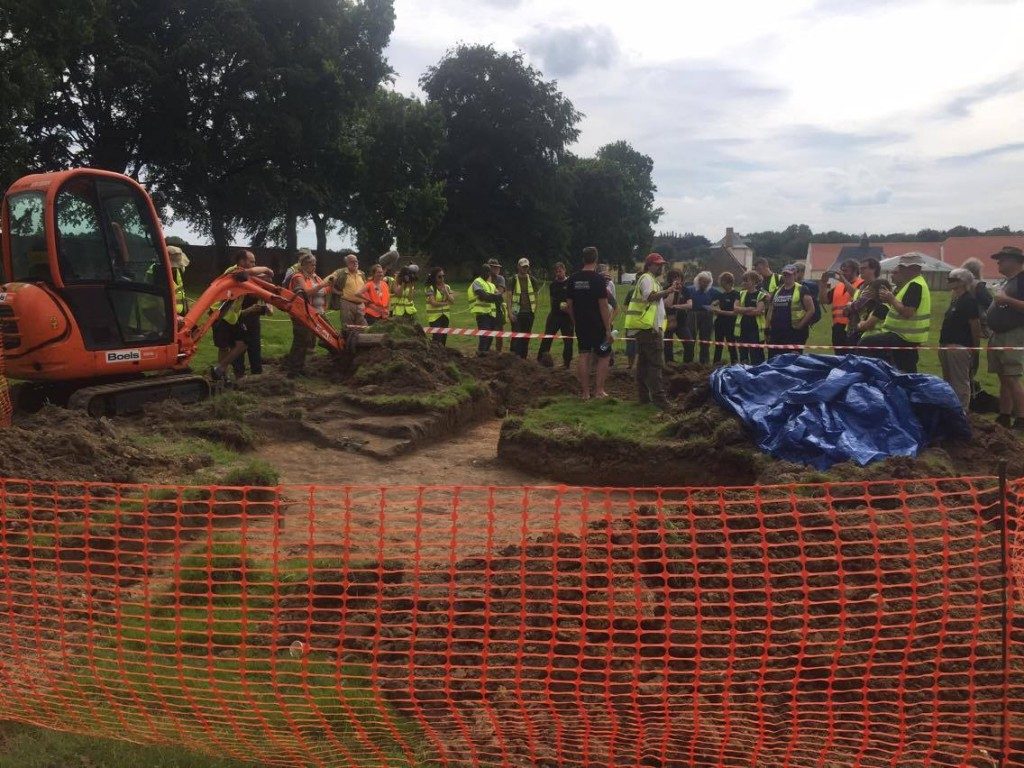 This year, Sam and Sat’s teams stripped off 20 cm to find remains of the original wall and they can clearly tell the difference between what was original and what has been reconstructed. Now they’re trying to find out if the French were targeting specific areas and we’ve got some good mapping of artefacts coming out of here. Hans, our metal detectorist from Denmark, also found a grape shot in the killing zone which suggests that that a canon might have been used close up, but further analysis will be required before a conclusion can be reached. 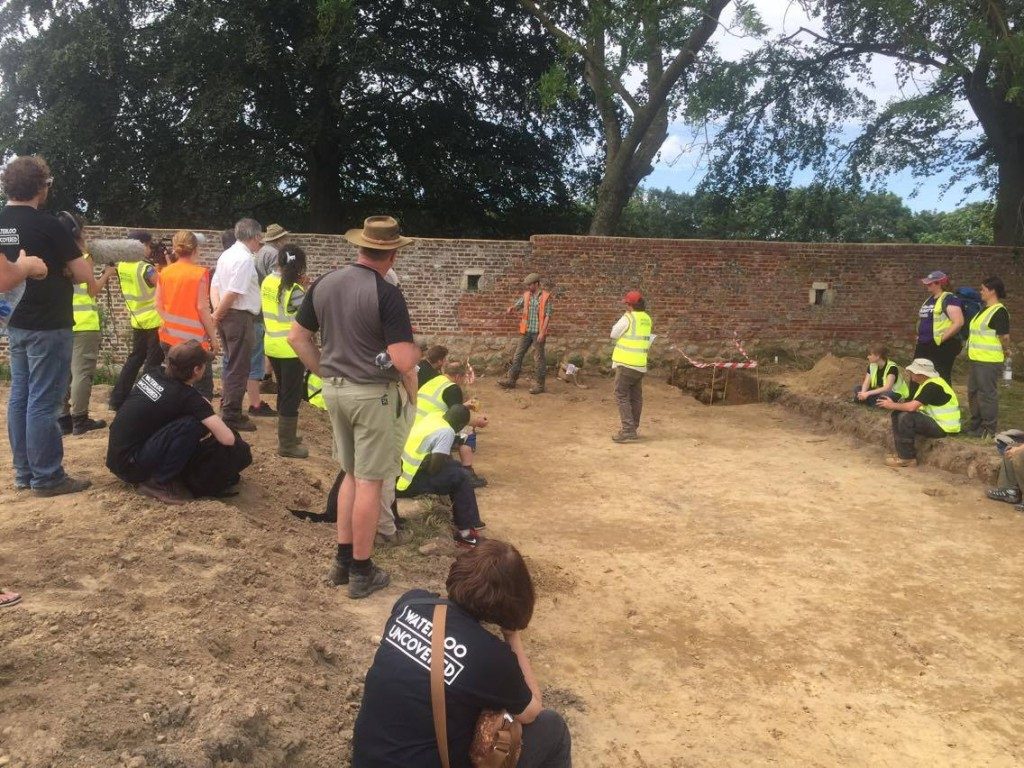