Phil’s team has been working very hard trying to find the original front wall of the building that stood against the north wall of the courtyard. They are digging a new trench at a location that should be in the right place according to the survey and it’s looking very promising! 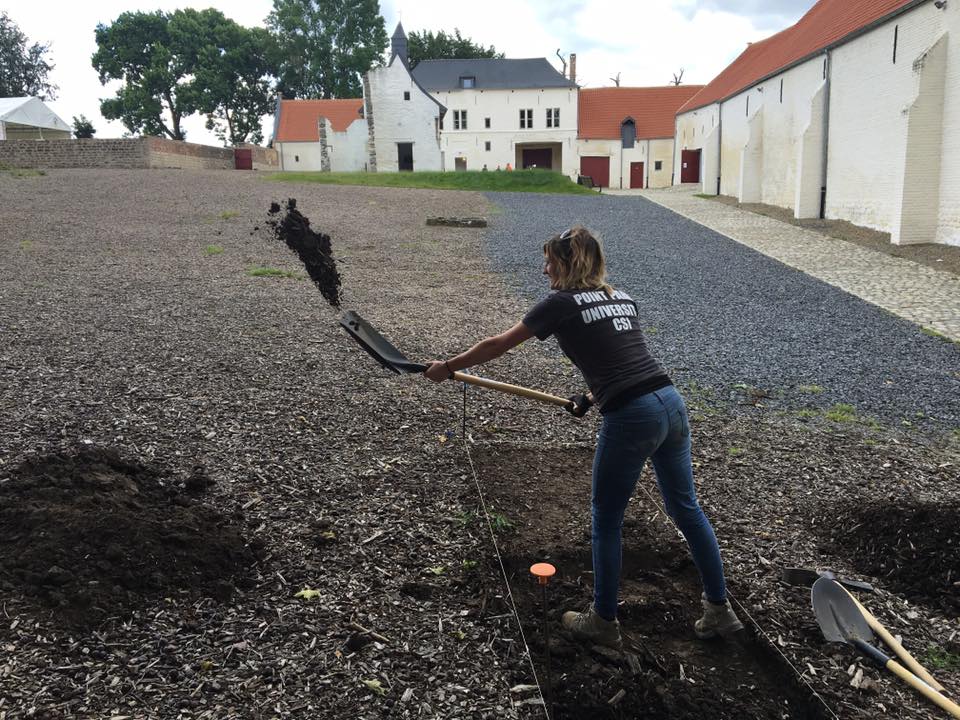 Sat’s team has opened up a new trench in the garden, right next to the courtyard, because the slightly steeper hill indicated that there might have been something under the ground. Upon digging on that spot, they indeed discovered some great archeology! They found a brick walled construction that once accommodated a balustrade. What’s interesting is that during the battle, six or seven French soldiers managed to fight their way into this part of the garden. We suspect that these men tried to find shelter behind it, but stood no chance because they were highly outnumbered. 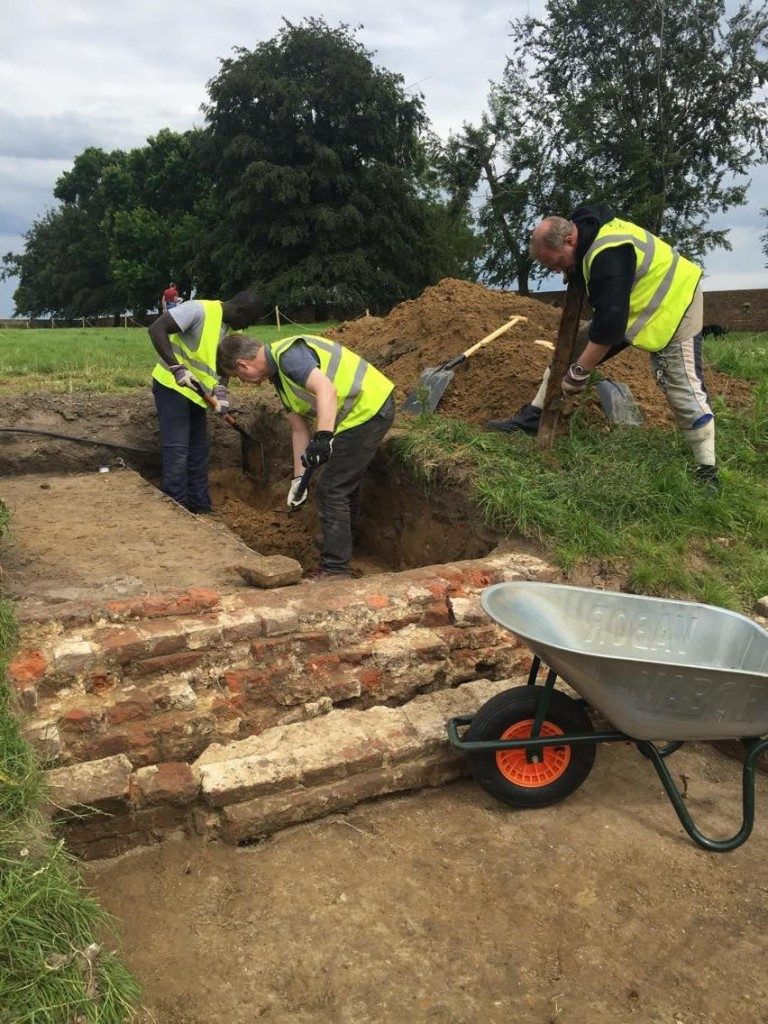 Another discovery was a French musket ball that has been found in the Sunken way. Emily started a discussion on how it might have got there, just to get everyone thinking. Carl, a Coldstream guard, suggested that the French might have been trying to hit the ammunition cart that resupplied the garrison at the farm late in the day. 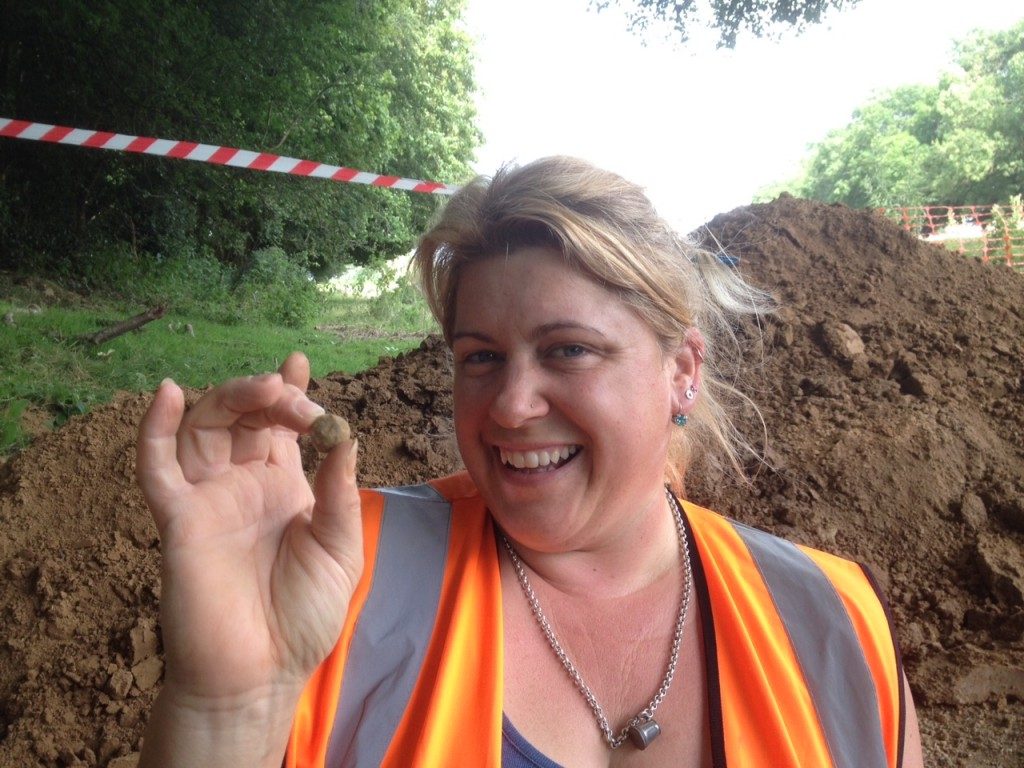